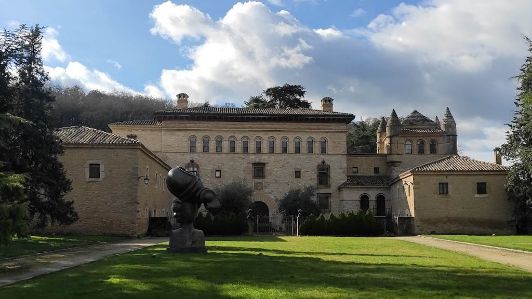 Designed by Javier Mariscal, this stylish hotel is located opposite Bilbao’s Guggenheim Museum. It features a roof terrace with spectacular views. The air-conditioned rooms at the Gran Hotel Domine Bilbao feature carpeted floors and a private bathroom with bathtubs, bathrobe and slippers. Each room has free WiFi, USB connection and a 40″ flat-screen TV with international satellite channels, HDMI. Breakfast is served on the roof terrace with panoramic views of the city. Guests can enjoy different dining options at either the Belz restaurant, Le Café or at the Sixty- One Lobby Bar.

The Atelier is the new gastronomic restaurant inherited from the Etxanobe restaurant of Chefs Fernando Canales and Mikel Población. Located in a wonderful spot in the very heart of Bilbao, it offers its clients a unique, different and very exclusive gastronomic experience through the Chef Atelier Menu. At the Atelier a maximum of 26 guests will discover a gastronomy of excellence in a surprising, elegant, and warm environment.

Breakfast at the Hotel & check-out 10:50 – Walk to the Guggenheim

11:00 – Private tour at the Guggenheim Museum

The Guggenheim Museum Bilbao is a museum of modern and contemporary art designed by Canadian-American architect Frank Gehry, and located in Bilbao, Basque Country, Spain. The museum was inaugurated on 18 October 1997 by King Juan Carlos I of Spain, with an exhibition of 250 contemporary works of art. Built alongside the Nervion River, which runs through the city of Bilbao to the Cantabrian Sea, it is one of several museums belonging to the Solomon R. Guggenheim Foundation and features permanent and visiting exhibits of works by Spanish and international artists. It is one of the largest museums in Spain. One of the most admired works of contemporary architecture, the building has been hailed as a “signal moment in the architectural culture”, because it represents “one of those rare moments when critics, academics, and the general public were all completely united about something”, according to architectural critic Paul Goldberger. The museum was the building most frequently named as one of the most important works completed since 1980 in the 2010 World Architecture Survey among architecture experts.

If eating in a museum should be seen as something special, doing so at the Guggenheim Bilbao is already a big deal, since the uniqueness of the space has repercussions on the entire experience.

Nerua, which takes its name from the Latin term by which the Nervión estuary was known, where fresh and salt water converge, reproduces this fusion of fluids in its own philosophy, as chef Josean Alija seeks to rescue the flavors of Basque cuisine from innovation, enriching the proposal with dishes that dazzle with their backgrounds and vegetable nuances. They themselves say that their cuisine… “is born in the orchards, in the sea and in the surrounding farms”.

The Alma Hotel is a gastronomic boutique hotel whose restaurant has been awarded with a Michelin Star. Just 5 minutes away from Pamplona downtown, the hotel offers first class facilities and a dreamlike restaurant, all decorated with the most elegant and modern design.

Party and dancing in our outdoor marquee, with view over the vineyard of Otazu, with live music (Mariachi) and open bar.

Breakfast at the Hotel

The visitors will experience one of the most special moments of the year at Bodega Otazu: harvest. They will do their own harvest under the supervision and explanations of our wine experts and understand the particularity of our vineyard certified under the Pago de Otazu Appellation of Origin, as well as experience the winemaking tradition of Otazu’s terroir dating back to the 12th Century. During this activity, they will manually collect the grapes and make their own grape must.

The experience will carry one with a guided tour in the historic Señorío de Otazu dating back to the Middle Ages composed of a Romanesque Church from the 12th Century consecrated to Saint Esteban, a bird tower from the 14th Century and a Palace from the 16th Century. You will also be able to appreciate the contemporary art pieces exhibited in this area, some of them created exclusively for Bodega Otazu.

The tour continues in the ancient building of the winery dating back to the 19th Century, now turned into a wine museum and art center with masterpieces of prestigious international artists and which was awarded the “A” Prize by ARCO 2020. You will also discover the winemaking room where the splendid underground cellar stands out, an architectural reference internationally known as the “Wine Cathedral”, designed by Jaime Gaztelu, and internationally recognized as an architectural reference.

Gastronomic menu served in Bodega Otazu’s dining room with views over the barrels room, known as our Wine Cathedral. Our high-end wine range will be presented and paired with this menu.

Breakfast at the Hotel

11:00 – Private tour to the Olite Castle and village

This small city, with just over 3,000 inhabitants, is a network of robust manor houses with imposing coats of arms on the facades, Roman walls, Gothic arcades and beautiful churches. You can cross the portal of the Torre del Chapitel and access Plaza Carlos III, admire the stately town hall, before heading towards the Castle. A National Monument since 1925, the former court of the Navarrese Kings was established in Olite, in one of the most luxurious medieval castles in Europe. Its construction was carried out on a 13th century fortress, which in turn was erected on some Roman architectural remains. It is an extravagant castle, in the Gothic style, with towers, rooms, galleries, gardens and patios built with the noblest materials and finished with lavish decoration.

13:00 – Transfer to the Tubal Restaurant

The imposing ‘Túbal’ restaurant, great in all aspects, is a privileged showcase of vegetables and their best preparation since they achieved just fame with the Atxen Jiménez kitchen. For some time now it has been his son Nicolás Ramírez who has been in charge and keeps the flag high with few changes. There are still the iconic borage crepes with clam sauce, borda preparations of more vegetable delicacies from the Ribera de Navarra and also the duck is the object of pilgrimage. His commitment to classicism remains valid and attractive 79 years later of its inauguration.

The Bardenas Reales is an extense, semi-desert like, unpopulated area covering 41,845 hectares in the SE of Navarra. It possesses a characteristic landscape with an abrupt relief, and is replete with mesa-shaped highs (cabezos), plains, hidden ravines… The climate is characterized by hot summers, cold winters and little rainfall (350 l/m2 ). In general terms the Bardenas can be divided into three large areas. La Bardena Blanca is the central depression, the terrain is often whitened, bare and desert-like in appearance. El Plano is an almost flat, elevated alluvial plateau, whose soil originates from the Aragón river. La Negra is characterized by large elevated flatter areas caused by horizontal limestone strata; the slopes are covered by pines and kermes oak and the dark appearance of the terrain has no doubt given rise to its place name. These lands were historically heritage of the Kings of Navarre, but from the 9th century onwards certain local usage rights were granted. Finally, in 1705, the exclusive rights were handed over to twenty two local entities, known as “congozantes” who share the rights of common usage: Arguedas, Buñuel, Cabanillas, Cadreita, Caparroso, Carcastillo, Corella, Cortes, Falces, Funes, Fustiñana, Marcilla, Mélida, Milagro, Peralta, Santacara, Tudela, Valtierra, Villafranca, the Valleys of Roncal and Salazar and La Oliva Monastery. These entities make up the Bardenas Reales Community, the Local Organisation which governs the area.

The visitors will get to know more about the Kingdom of Navarra’s old capital, discovering and tasting the best pintxos in Pamplona paired with wine (or beer or water). They will visit different bars and try some traditional and avant-garde cooking in small and excellent bites.

Breakfast at the Hotel & check-out

09:15 – Transfer to the Chillida Leku Museum

Chillida Leku is a unique museum and an artwork itself. Nature and art become one in this wonderful space. The sculptures merge with the landscape as if they had always been part of it. Beech trees, oak trees and magnolias live together with the steel and granite sculptures in a perfect dialogue in the garden.

12:15 – Private tour and pintxos in San Sebastian 13:45 – Transfer to the Zelai Txiki Restaurant

A family restaurant well located at the foot of Mount Ulía, so it overlooks much of the city from its terrace. Traditional Basque and regional cuisine prepared.

Breakfast at the Hotel & check-out Transfer to Bilbao Airport 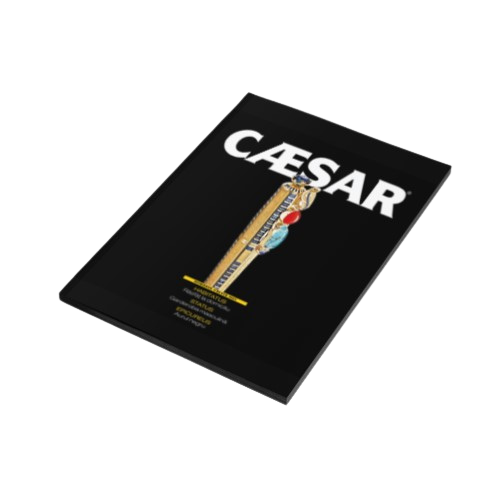 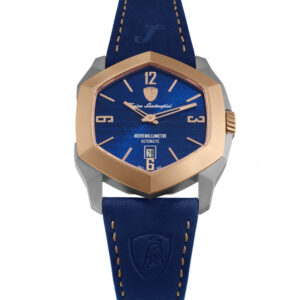 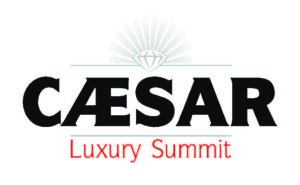 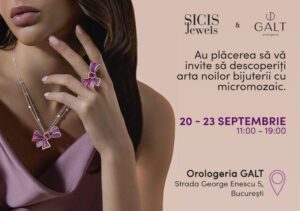 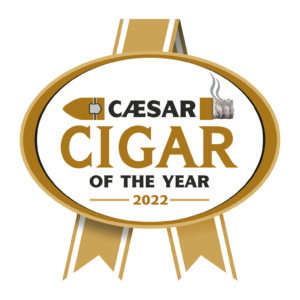